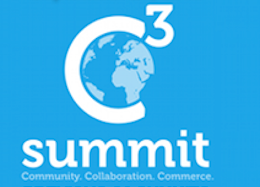 On Monday, September 24th, a record number of affluent world and business leaders are registered to gather at the Union League Club in New York to attend this year’s C3 Summit which is committed to moving healthcare, commerce, and philanthropy beyond bilateral borders on the Blockchain.

“The impact of partnering with Alitheia will bring C3 Summit to a new level of global importance. With its focus on blockchain, Alitheia has already brought record registrations and global attention to this year’s C3 Summit. For this reason, blockchain and Alitheia will fundamentally change C3, as much as it will business,” said Ransel Potter, Founder and Managing Partner of C3 Summit.

Born a natural entrepreneur with a passion for the web, Jared Elkins has gone from early adopter in web development & SEO in ’96 to data, machine learning, and AI in ‘99 and then fully immersed himself into everything Internet by 2005. All backed by personal studies of psychology and human behavior, experience in digital marketing, and his fascination with machine learning, Jared’s work led him to design his first user data driven AI which ultimately became Sylvanus AI more than a decade later.

In 2011, Jared moved from Big Data to cryptocurrency. Upon recognizing the potential for Blockchain, he shifted his dedicated focus to developing a product that will provide a complete solution to the Blockchain community.

Mr. Elkins has always had a passion for bleeding edge industry and market solutions which inspired him to begin developing a gold-backed coin in 2012 with the goal of creating the first “real” digital currency. After three years of intensive legal, technical, and market research, he concluded that the United States on the heels of the mortgage debacle of 2008, both from a regulatory and market readiness perspective, was not ready for such a revolutionary construct, and began investing in Cryptocurrency in 2015. After spending considerable time in the crypto community, he recognized the massive potential for blockchain to operate and influence markets and investor confidence and began to conceptually develop a means to bring the world of High Finance to the Blockchain.

The advent of cryptocurrency, driven by the blockchain technology, is revolutionizing the financial system across the globe: bringing transparency, security, and significant decentralization into the system. Additionally, the blockchain technology has found its way into other industries with more businesses aiming to harness the features and benefits of the underlying technology. Consequently, Alitheia Holdings, Inc. was created with the aim of using the Blockchain technology to create a
transparent investment ecosystem that allows anyone and everyone of appropriate financial accreditation, regardless of their location in the world to participate in the investment opportunities within the Alitheia Fund.

Alitheia Holdings, Inc. has two fundamental components. The first part is the Alitheia Fund which is a diversified hedge fund investing in businesses focused upon Agriculture, Clean Water, Precious Metals, Energy, Biomedical Research, Artificial Intelligence, Internet Technology, Data Management,
Commercial Real Estate, Private Equity, Mergers and Acquisitions, and Media Acquisitions with a strong focus on putting life-sustaining projects such as Clean Water, Agriculture, and Biomedical Research at the top of the list. The Alitheia Fund balances investment risk by also investing directly in
traditional inflationary hedge investments like gold and silver bullion, commercial real estate, and long-term royalty streams such as Oil and Gas investments and Municipal Water Delivery contracts (desalination, infrastructure, and delivery to the homes in emerging nations and drought-stricken regions). The second part is the Alitheia Token, which is a token built on the Ethe reum Blockchainand providing certain contractual rights to additional tokens paid in Interest Earnings based on Token
balance, Dividends earned by the fund, Royalties received by the fund, and Profits of Sectors and Projects realized by the Fund, and, finally, Capital Gains paid in US Dollars upon the final disposition of each project held by the Fund. The token holds real underlying value by contractually offering the Token Holders a position the Fund Shareholders upon liquidation of assets at a final disposition event and a secondary market base valuation is based on a 1:1 value of the assets pledged to the Token Holders. The investment dollars taken in by the Fund are then represented in a 1:1 minting of new Tokens which are contractually locked up and may not be resold for two years. A variable interest rate is paid in tokens (US Social Security COLA + 2%) which at current calculation is 4% APY paid
monthly in tokens to the Token Holder’s wallet. In addition, Project and Sector contracts pay tokens to Token Holders on individual schedules according to the project memorandum (monthly, quarterly, bi-annually, or annually and subsequently governed by the Smart Contract therein), minted to represent cash distributions to the fund from project revenues, capital gains, and dividends. The Company intends to attempt to register these additional tokens as securities with the SEC, and if that SEC approval is granted, these tokens will then become freely tradeable. These features separate the Alitheia Token from the pack. The security of diversification, the presence of real hard assets pledged to the Token Holder, passive recurring revenue in the form of dividends, dedicated, compounding
interest, and the highest level of transparency allowed by law provide the answers to many of the repetitive and often ignored concerns of the investors with regards to Cryptocurrency and the concerns voiced by legislators and regulators alike about needing the Cryptocurrencies to be
connected to real underlying asset value.

The Alitheia Ethos states that their mission is to decentralize commerce, currency and communication, based on truth and transparency via the Blockchain.

“We are proud to make our debut as the title sponsor of the 2018 C3 Summit. It is our honor and privilege to extend solutions to the business and healthcare industries on the blockchain.” – Jared L. Elkins, President & CEO

Learn more about the C3 Summit

Alitheia Holdings, Inc is running a multi-sector hedge fund built on the Ethereum BlockChain to operate as a DAO (Decentralized Autonomous Organization) providing investors the highest levels of transparency afforded by law and acceptable to markets, the cryptocurrency community real underlying value by securing the tokens against real assets pledged upon liquidation, and the overall security benefits from decentralization, encryption, and all of the other features inherent in the Blockchain construct. In short, by putting a Hedge Fund on the Blockchain the investment community at large is better served. Alitheia Holdings is proudly putting Wall Street on the Blockchain where it belongs. http://www.AlitheiaHoldings.com